Pax here. Tonight, 8-23-2011 the server will be offline to anyone who is trying to get on. Hard coding is being done and many bug's-glitch's-shop's-item's-monster's, and many other things will be added, removed, updated and fixed. For all new members! A new StandardScape Video will be being made, and all other players who decide to make one and post it on forum's, will impact my staff application's part of forums being updated today. When its online again, six or seven a.m. pacific time zone, Make a video post on forums/youtube. Add a link to it in your staff application. The following positions are open: One Admin Two Ingame Moderator's One Global Moderator Two ShoutBox Moderator's One Forum's Admin Comment your opinion's. -Pax
Vote

Top posters
Latest topics
» Anyone who wants to stay in contact

» All Thank Austin Cadle on moparscape!

Eletrek was born (standing for Elemental Trek). Kyle was the creator..he had made everything.
He was lonely, so he decided to join another runescape private server.
After joining the unsuccesful server, he left, taking 5-6 of the members with him. Thus he had his new team. Owner-kyle co-owner-Heyboy(Brandon) Admin-Potato
Eletrek thrived, until kyle once again became bored. Kyle closed EleTrek..once and for all.

Pointscape had it's newest player. Sin. Sin soon made a great server, he gave it to pointscape, thus uniting about 10-15 players. Sot, Spray, and Sin would have a lot of fun, and Soon enough, Spray deserted us. After what seemed days, Sin quit as well, taking sot with him, as well as some of the other pointscape players(such as sarrah and Final mint)

We lost potato soon after this. Gaining a new Leader and losing others. we gained Puff, and lost sot and spray. Puff and Sin had their ups and downs, but ultimately puff wasn't right for the part. by now Sin had devoted players and many friends.

Puff had been gone for days... sin needed new leaders and advisors so Pax was given the part. Pax and sin made a lot of things different, going from a 317 server to a 518hd to a 474. Sin and Pax had disputes, but always seemed to recover.

It's been a long journey and I've made friends and lost them, i've been happy and sad. So, just saying thanks to everyone, let's try to make StandardScape better then ever.

Cody is such a towel!

what happened to mouse 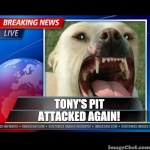